The artistic adventure of the Grand T in Nantes (France) began in 1983 with the inauguration of the Espace 44, an impressive 879-seat theatre designed by architect Claude Jeffroy and scenographer Igor Hilbert. The venue gained a strong reputation under the aegis of Jean-Luc Tardieu, the Grand T artistic director from 1985 to 1998, who directed many shows starring iconic actors such as Jean Marais, Edwige Feuillère and Anouk Aimé. Catherine Blondeau is the director of the theatre since 2011. 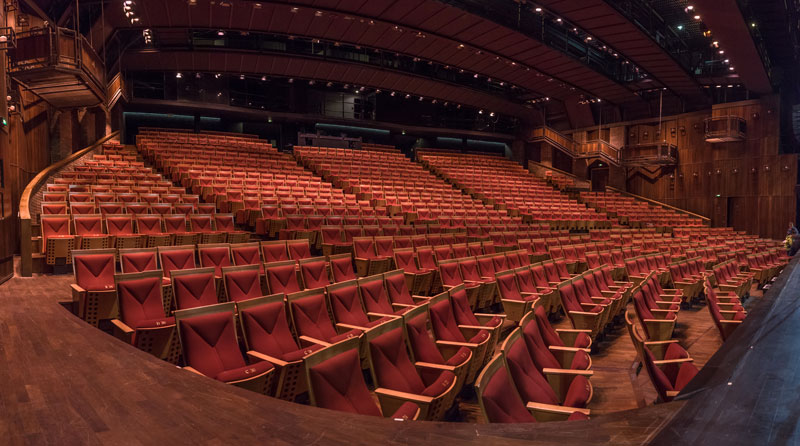 Designed on the principle of an insulated staging area, Le Grand T stands out due to the short distance between the stage and the last row, creating an intimate feeling between the actors and the audience. To enhance this proximity, Le Grand T recently decided to upgrade the entire front-fill sound system. French integrator, Sonowest, trusted APG, a French manufacturer of high-quality professional loudspeakers, and its new Uniline Compact to answer the drastic and complex technical requirements and specifications.

« Our previous sound system was aging and we could hear the difference of tone between the speakers. More importantly, the sound coverage we had wasn't homogenous, which in turn created a sensation of hotspots when subjected to strong acoustic pressure. This manifested as a lack of coverage on the tip of the stage, thus creating a major void in the centre of the pit, as well as a pressure drop towards the last rows and therefore the control room.» 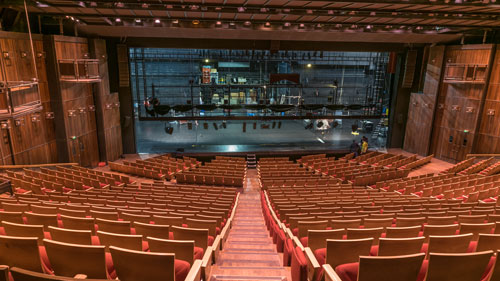 « APG stood out from the crowd by providing the most even coverage, with an accurate and efficient acoustic pressure all the way to the last rows. The nearfield speakers coupled with the sub bass system was perfectly attuned, and allowed to map out a qualitative sound", explains Morilleau.»

« He adds: "We have been pleasantly surprised by the design of this three-way loudspeaker from APG, which is able to reproduce a high bandwidth and a really dynamic sound by distributing the energy back equally to each transducer. What's more, the Uniline Compact boasts an open and unrestrained processing which, when handled by a skilled user, provides a faithful and true sound reproduction to the audience.» 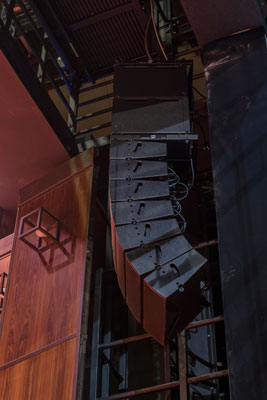 The Uniline Compact uses three different acoustic modes: a «large bandwidth» mode (UC206N / UC206W speakers only) for voice and musical reproduction at moderate levels, an «extended» mode (UC206N / W coupled with a UC115B bass speaker or another APG subwoofer) for music applications, and a full mode (a combination of UC206N, UC206W, UC115B and APG subwoofer) for high power applications across the entire audio spectrum

The extended modularity of the Uniline Compact system allows for a large number of configurations (hung or floored) and an almost unlimited number of combinations between these three speakers, so the system can adapt to the different to the specificities of each venue.

The Uniline Compact range stands out from the competition as it is the only speaker capable of guaranteeing two distinct horizontal directivities: 70° for the N version and 105° for the W version. At Le Grand T, the audio kit is made of 70 ° enclosures, so that sound doesn't "spill" on the side walls, and sound reflections are minimised. The middle configuration is made of UC206W loudspeakers (105 ° opening) for efficient beams crossing.

« The Uniline Compact USPs are obviously its great modularity, a size/performance/quality ratio never reached before, as well as neutral and even frequency response,» he continues.
Today the French market for this type of system is governed by one or two massive players who don't leave any room for other systems, even if they are very well manufactured and tick all the boxes for operators. It is sometimes difficult to ignore these 'heavyweights ' in sound, as well as their marketing strategies. »

When asked about the role that integrators have to play to fight this standardisation, Rochefort explains:

« It can be tempting to stay in this comfort zone, and limit yourself to the current flagship system, but our role as integrators is to think about the challenges that our clients face, and be a driving force for alternative and original solutions such as the Uniline Compact." With this in mind, Sonowest recently invested in a demo kit which allows them to demonstrate that "for a generally smaller budget, the Uniline Compact is able to do as well, if not better than any other system!»

After a dozen shows and over 50 performances, including a jazz concert, two plays and a dance performance with live musicians, everyone is delighted with the result and performance of the audio system. Two things particularly stand out: The integrated front-fill is very consistent, a feat that is extremely difficult to get right in theatre venues, and even pressure throughout the entire audience, regardless of where they seat in the theatre.

« I particularly want to thank both APG and Sonowest for their involvement: They met all our requirements, every step of the way. The relationship was friendly, constructive and discerning. As for APG, they have the refreshing behaviour of a start-up, and the experience of a long standing French company. » 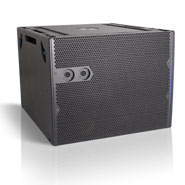 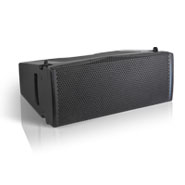 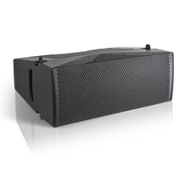